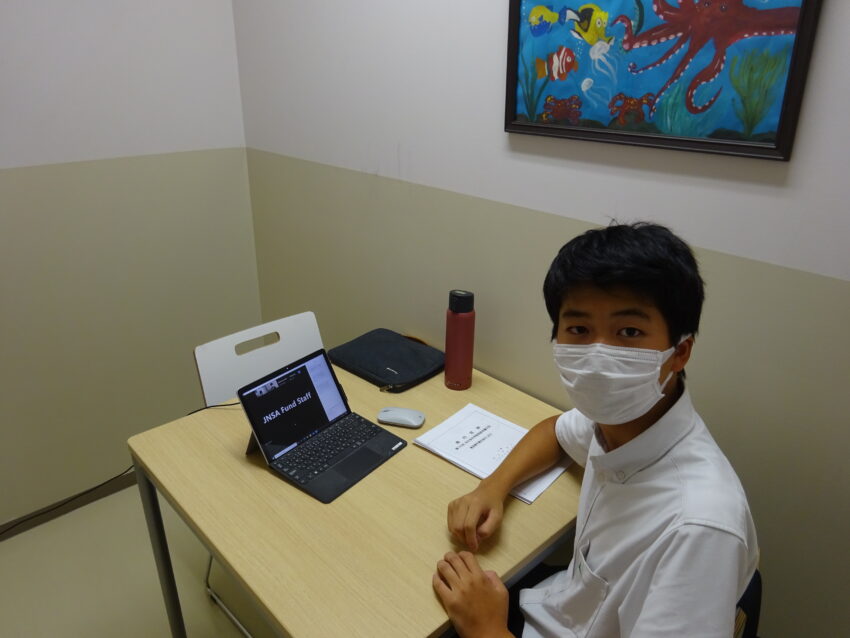 I am a goal keeper on a handball team. My future dream is to be a member of the national team. To accomplish this goal, I decided to go abroad and learn from the best players to become a stronger player. Recently, however, I have come to worry that my dream of studying abroad may not come true, or at least I may face some cruel realities.

These days, I have seen and heard sad news about discriminations against athletes. I read a report about Rui Hachimura, an exceptional NBA player, who had been racially discriminated against on SNS. He said he is still suffering various kinds of abuse on a frequent basis. I was shocked and I felt anger grow inside me. The color of his skin has nothing to do with his accomplishments. I have admired him for pursuing his dream and grabbing an opportunity to play abroad. I am sure that many people, men and women, young and old, are encouraged by his achievement and are excited to see him play basketball. What if such abusive acts against athletes discourage children from pursuing their dream?

In July, British Prime Minister Boris Johnson condemned the racist abuse directed at three black British soccer players. He tweeted “those responsible for the abuse should be ashamed of themselves.” I could not agree more.

To my surprise, even in Japan there still remains racial discrimination against people from abroad. Let me tell you about a friend of mine. He came to Japan from Taiwan when he was fourteen, and at seventeen he became a naturalized Japanese citizen. He told me how hard it was to blend into society as a young boy. He was always called “Gaijin” by his classmates, and his teacher often mixed up his home country, saying “a boy from Thai” not “from Taiwan.” Older students abused him for not speaking proper Japanese. Then there was a life changing encounter with Kendo. He joined a Kendo team, and gradually he became stronger both physically and mentally. Eventually his teammates accepted him as a team member. He was not alone anymore.

It is true that I feel sad and angry when I hear negative reports, but I still want to believe in the power of sports. Whenever we play and watch sports, we all get excited, encouraged, and inspired. There is a whole list of examples of sports helping people unite. For example, the Vancouver Asahi, a Japanese baseball team in the early 20th century in Canada, the Springboks, a rugby team in South Africa, and the German skater Katarina Witt. They all fought hard against racism and overcame negativity.

Nelson Mandela once said “The greatest glory in living lies not in never falling, but in rising every time we fall.” Sports is my fuel to rise. The ball I catch in my hands has to be passed on to another player. Sports must not divide us. We must be united and connected by sports. This is the ball that I hoped to pass on to you today. Thank you.